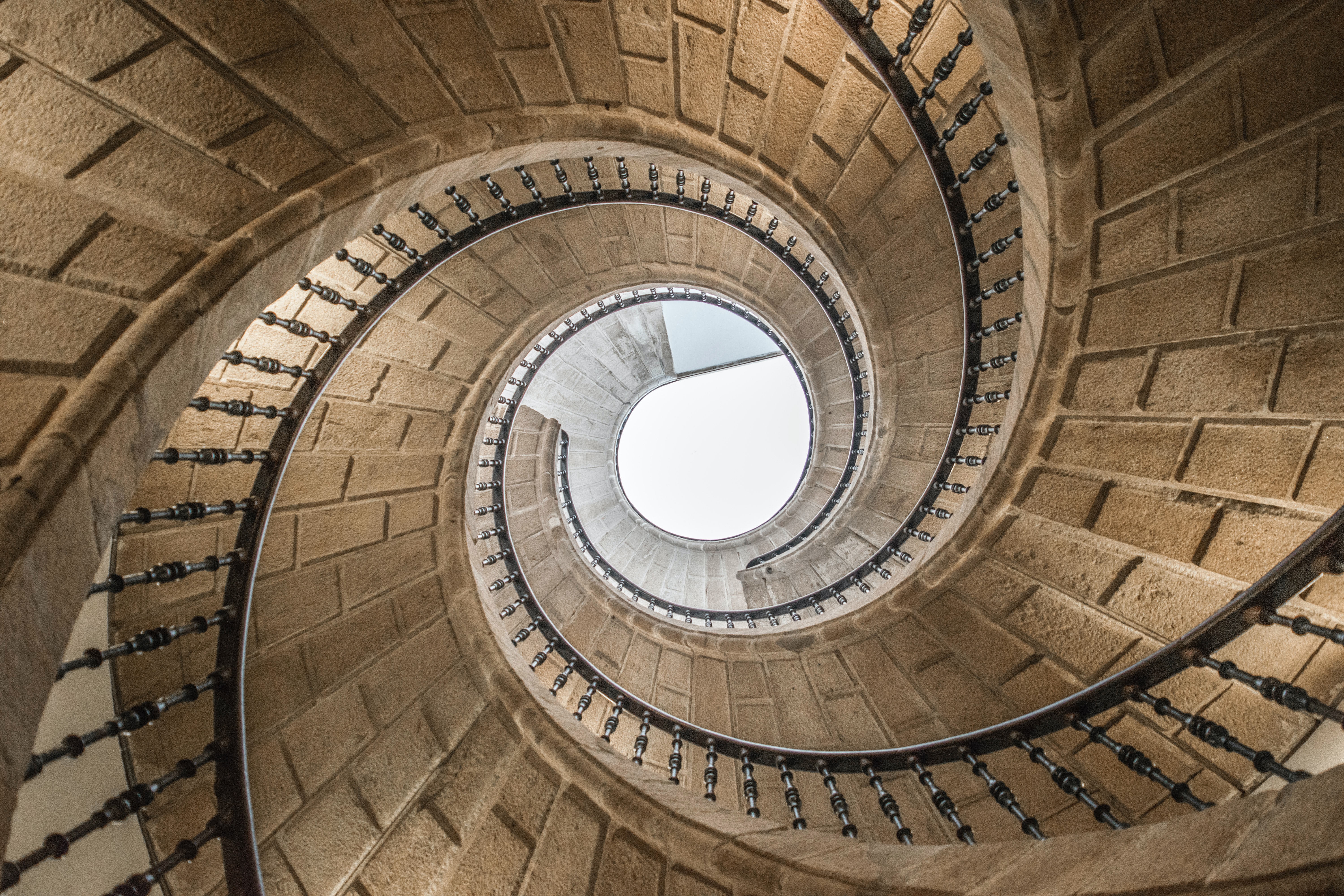 Today, we are proud to announce the official release of Vue I18n 9.0.

We would like to express our deepest gratitude towards our Intlify team members, contributors, our sponsors and bakers, and my company PLAID, Inc for contributing and supporting.

In Vue I18n v9, we re-designed and re-built it completely from scratch.

It's structured as a module with the following three layers: 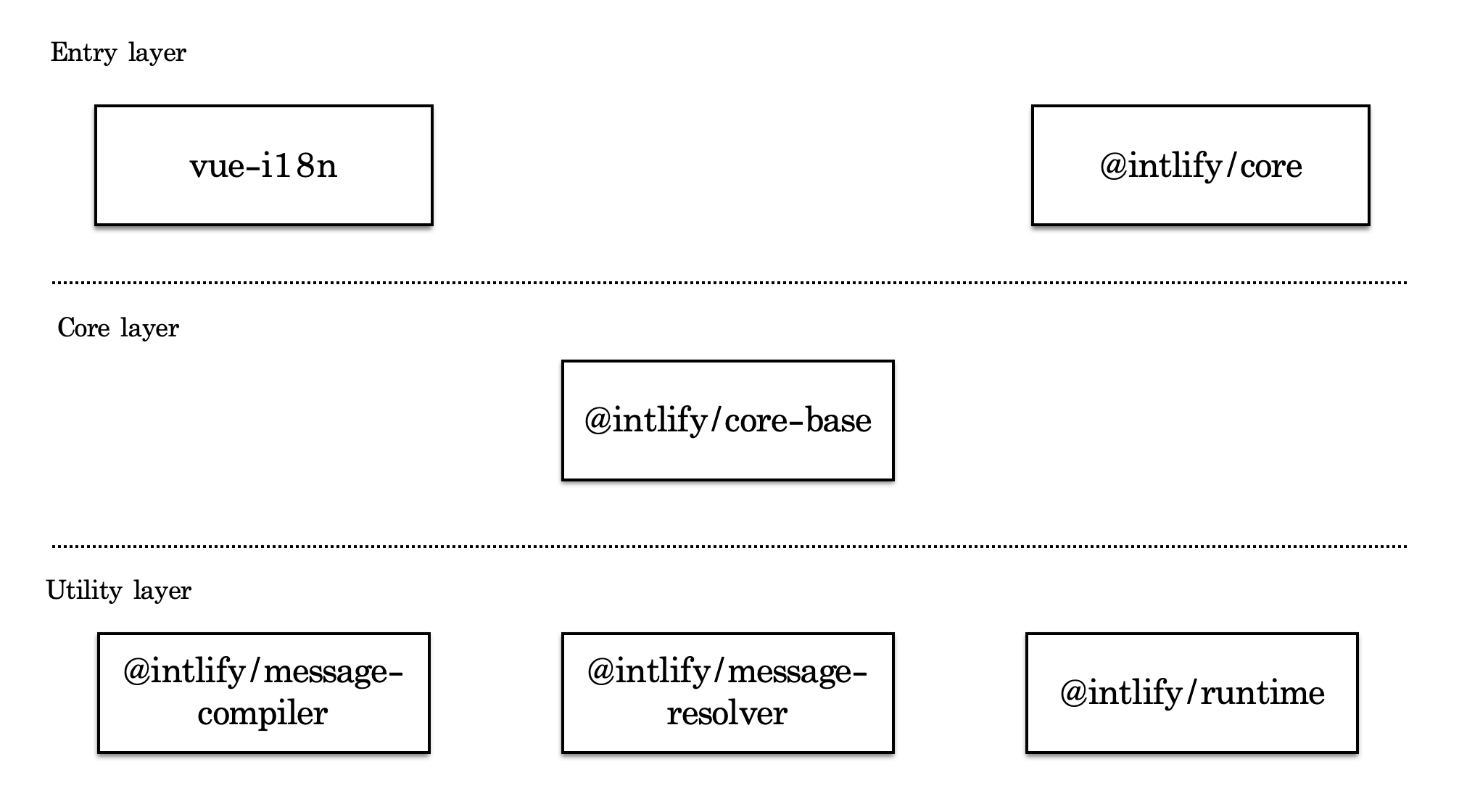 The modules divided into these layers are managed by monorepo packages.

We made it easier to maintain and extend by modularizing the system by responsibilities and features.

It also provides not only the Vue I18n API but also a low-level API:

Vue I18n v9 takes a hybrid approach as it provides an i18n API for Vue.js.

The following two APIs are provided: 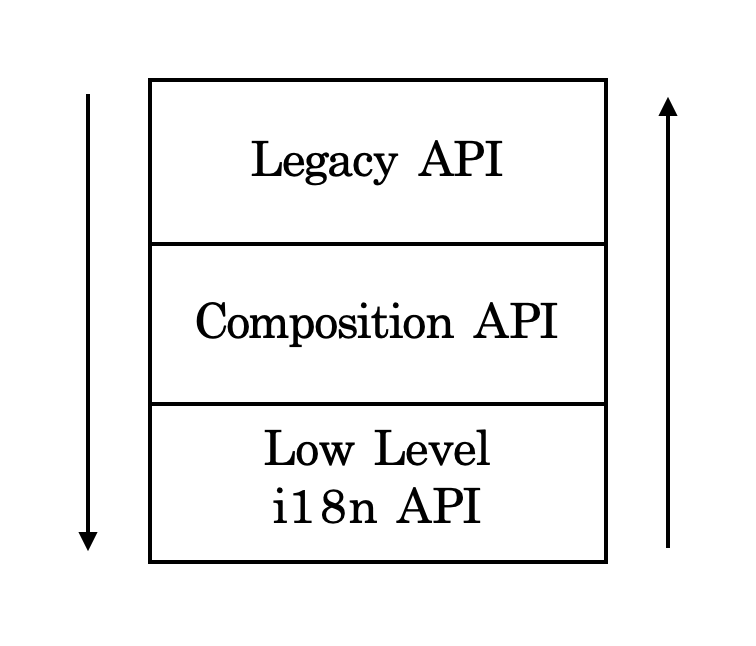 Here is an introduction to Vue I18n Composition API. Also refer to the API Reference for more details.

Message Compiler compiles the message format syntax for Vue I18n. It generates Message functions that can be executed as JavaScript. It also has improved DX by allowing reporting of message syntax errors and support for source maps. 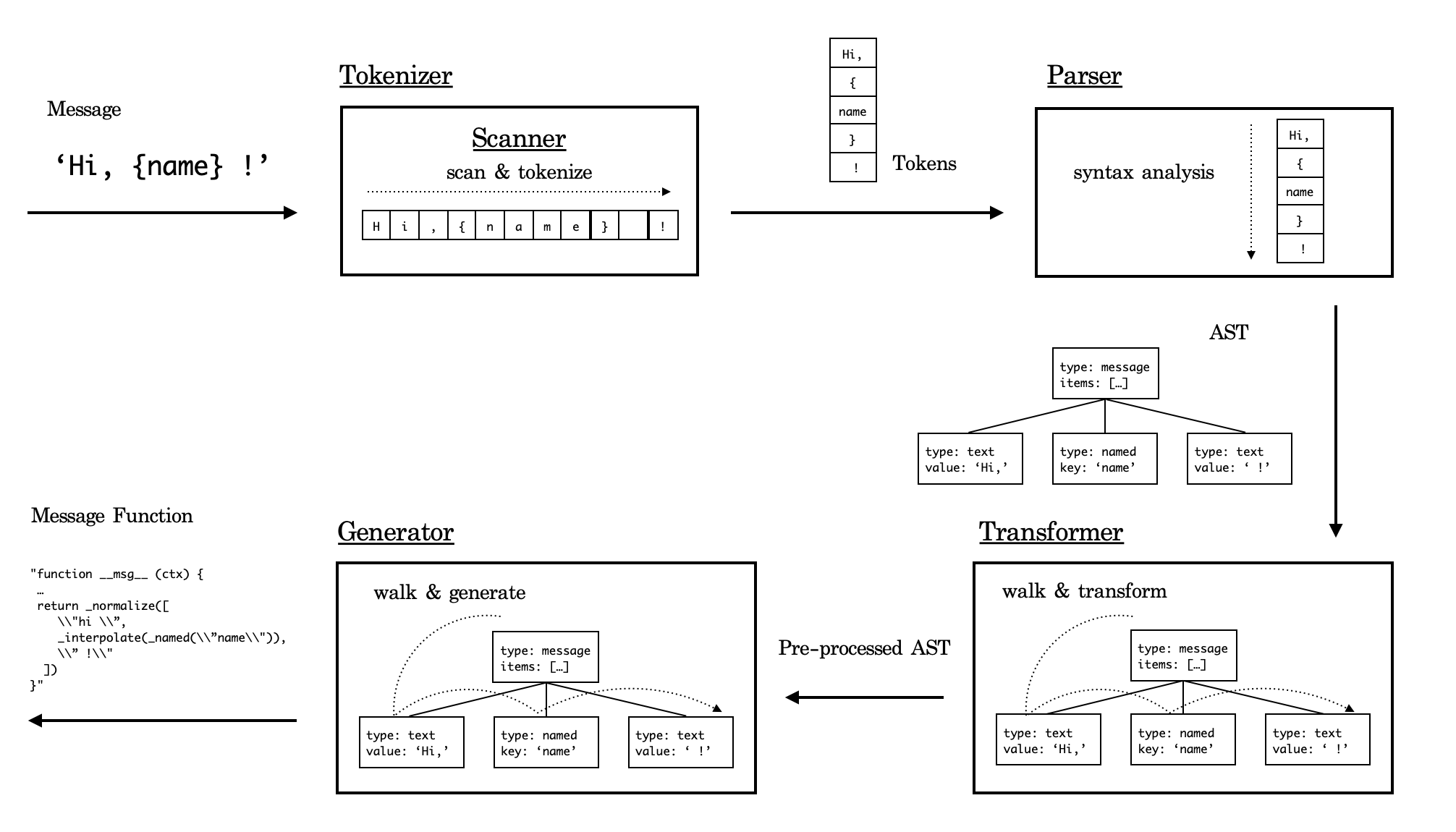 Message Compiler compiles the Message, and it generates Message functions that can be executed as JavaScript.

Vue I18n v9 supports the pre-compilation of locale messages using bundler middleware, which is provided as the official tooling.

With pre-compiling, you can save the execution cost from the compilation process. As the result, your Vue application rendering performance can be improved significantly.

It extended the following Vue DevTools: 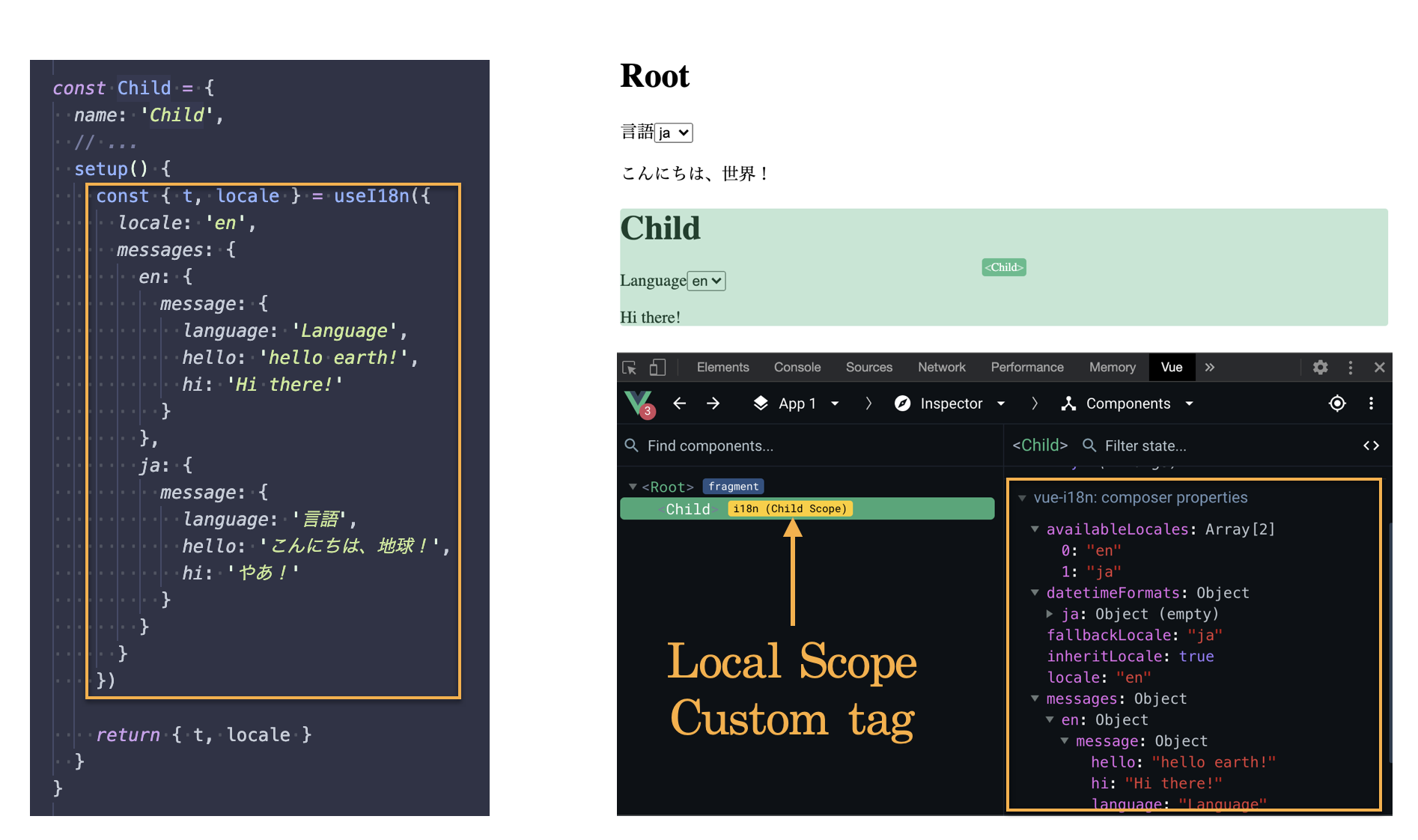 You can debug Vue I18n on Vue DevTools, which is added some enhancements.

Vue I18n v9 also provides the mechanism for bundle size optimization. Bundle builds for ES module are configured as default vue-i18n.esm-bundler.js which bundled with runtime and Message Compiler at the module field of the package.json.

If these cases don't become applicable, you can use the officially provided bundler + bundle middleware to pre-compile the locale message. So you can set runtime only as an alias in each bundler to reduce its bundle size.

The build file size can be tree-shaken by up to 20% maximum with all these optimization mechanisms.

Read the documentation for more details.

We support i18n DX with your Vue i18n by providing the following new tools:

We've tried to maintain compatibility with Vue I18n v8.x by providing the Legacy API. But as it's a major version release, it has some breaking changes.

You can check the full migration guide on the documentation.

If you want to give Vue I18n 9 a quick try, you can check the CodeSandbox, the Vite template optimized for Composition API, or use the CLI to get started.

In the near next milestone beetle (Vue i18n v9 milestone is spiral staircase), we will have a plan to the below:

The major support in this milestone is the enhancement of message format syntax.

Vue I18n message format syntax was an original format, but the original format makes it difficult to use for those already familiar with ICU message format. In particular, since there is no selector, the current Vue I18n requires defining messages with pipeline characters to support plurals. Also, since number format and datetime format are not supported, Vue I18n have to use the API to format them.

We plan to extend this to an ICU-like message format syntax. It means that it will be designed to simplify Vue I18n API.

Since the beginning of vue-i18n-next development or even before, we have been developing official i18n related tools such as vue-i18n-loader on intlify organization.

The following is mission:

Intlify is a project that I organize.

Since I started working as a software engineer, I have been involved in developing software supporting i18n, including enterprise applications, mobile app applications such as iOS, and web applications. I've become aware that even though technology has evolved, but DX has not changed over time.

So, I decided to organize the intlify project because I wanted to solve this problem not only for Vue.js but also for software in general.

Vue I18n will continue to be a part of Intlify project. Solving i18n problems through Vue I18n and continuing our Vue ecosystem involvement.

As Vue I18n grows, we are looking for more Intlify project members. If you're interested in Intlify, don't hesitate to conact me!

If your company uses Vue I18n or Intlify packages, please consider supporting its development by sponsoring me 🙏. It means a lot and really helps me keep working on improving the Vue Ecosystem and i18n related DX.